Thanks for always being animal-supportive.

The SPCA is the only Animal Welfare Organisation in South Africa which is governed by an Act of Parliament, the SPCA Act, 169 of 1993.

Every Society has to be registered with the Department of Social Development and Welfare (NPO). We receive NO government support and rely on the Public to continue in our quest for a cruelty free South Africa.

The SPCA plays a major role in promoting and setting up of Codes of Conduct, doing research and compiling of information – using the three ‘R’s – Reduce, Refine and Replace animals in research and wildlife capacities;

DONATIONS TAX EXEMPTION NUMBER (Section 18(a)) :
If you are resident in South Africa and would like a tax deductible receipt issued for your kind donation, please collect it at the Nelspruit kennels. 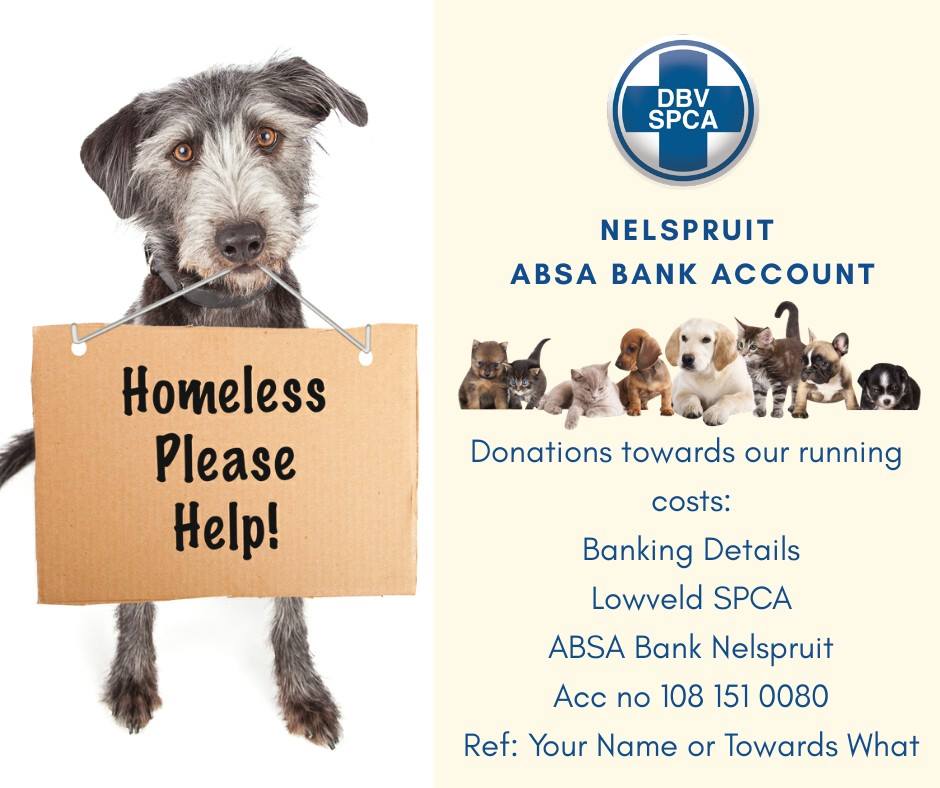 We would like you to know that not only will your donation directly benefit the animals in our area but – through a sharing agreement between all SPCAs nationwide – a portion will be used in other, less fortunate areas to benefit animals over a wider area. We feel sure you will approve of this outreach initiative and wish to thank you most sincerely for supporting our SPCA and the movement generally.
Please e-mail: kennels@spcanelspruit.co.za with any queries or concerns.